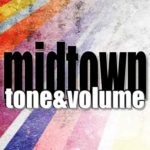 Clute’s studio, Midtown Tone & Volume, was host to such multi-platinum artists as Diamond Rio, Faith Hill, Alabama, Blackhawk, Brooks and Dunn, and Alan Jackson to name a few, was well known as a top place to record in Music City. Part of the reason was that Midtown was outfitted with just the right combination of spanking-new digital wizardry and Clute’s own collection of vintage tube mics and outboard gear.

A short chat quickly reveals that Clute’s warm, easy-going manner also helps make him one of Nashville’s sought-after Producers. But life in the business wasn’t always gold and platinum glitter. As with so many other producers, Clute started out “playing in the band.” In his case, that meant 12 years singing and playing bass in rock bands touring the Midwest and Canada, achieving what he laughingly calls “Rock Star” status in North Dakota, where he grew up. Eventually Clute built his own recording studio in Fargo, which is definitely one way to learn what works in music recording. END_OF_DOCUMENT_TOKEN_TO_BE_REPLACED

Blessed from working with great talents!

Owner of Midtown Recording Studios Nashville, one of Nashville’s largest and most
progressive studios on Music Row.

Mixing FOH on tours around the world with acts such as: Diamond Rio, Kathy
Mattea, Michael Johnson, and POCO. 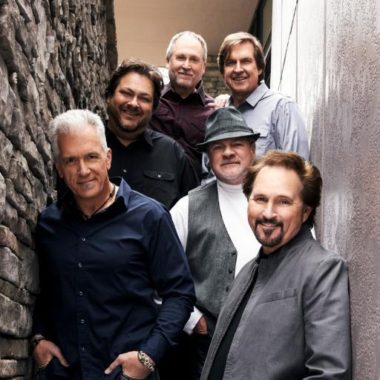 Over 27 years with my friends!

They became one of country music’s biggest bands!

When they debuted in 1991 with “Meet in the Middle,” Diamond Rio became the first group in the history of country music to have a debut single reach Number One. They continued to place 32 more singles on the Billboard chart.

I am forever grateful for the chance to work with this band. They even call me the “seventh member”, just to make me feel good!

The studio began as a way to do demos for Warner/Chappell Publishing. My partners, when we started, were Monte Powell, Van Stevenson, Dave Robbins, and Tim Dubois (not a bad gang to hang with!). This little group connected me directly to “Restless Heart”, “Diamond Rio”. “Blackhawk”, :Exile”, Arista Records and most of the success I would have for another 30 years!

Successful Nashville music producer and engineer Mike Clute has always been proud of his Tolna, N.D., roots. But since Feb. 13, he can claim to be part of a much more exclusive list: North Dakotans who have won Grammy awards.

Clute’s Grammy was for his role as producer and engineer for Diamond Rio’s “The Reason,” which was named Best Southern, Country, or Bluegrass Gospel Album. That makes Clute part of a Grammy-award winning group from North Dakota that includes the late, great songstress Peggy Lee; blues artist Jonny Lang; and Greg Nelson, another Nashville producer who was born in Bismarck.

A month after claiming the golden gramophone statuette, Clute was thrilled, amused, philosophical and looking to the future during a telephone interview from his home in Nashville.

“Winning a Grammy is a nice ego boost and everything like that. But like any recognition you receive, you kind of think, ‘Am I done now?’ It’s kind of like what do you do when you’re the ex-president,” Clute said, laughing. “What do you do next? I guess the thing is to get another one now.” END_OF_DOCUMENT_TOKEN_TO_BE_REPLACED

The fourth largest Methodist church in the US with about 5,000 in attendance weekly. The whole facility has 5 different Worship centers in the main Campus and two more Satellite campuses off site. It’s really an Amazing church and a Whole lot more! Day school for children, great Special-Needs department, a Wonderful outreach program including a “Carpenters for Christ” mission which has already completed Over 300 homes, and a huge music department filled with staff from Traditional, Youth, and Contemporary styles. Rev. Paul Rasmussen leads the congregation and is an inspirational motivator.

I was part of the Contemporary service called “Cornerstone” . An incredible place with great folks in the Tech area, and “Rock Star” pastors. It is a Great facility with Yamaha CL5 at FOH and Nuage in the broadcast studio. Five camera Production of the service with a “state of the art” Video production Studio, and not to be forgotten, Lighting system, featuring GrandMa2 console with 3 projector EP system. The system’s Lab Gruppen amplifiers are fed from BSS London Blue with Dante cards, for a L/R hang of Clair Brothers i208 line array boxes and five of their dual 18 boxes.

A great place for both the mind and body! The future is vast in terms of online content and production of live music and worship of all forms.

A few of the Awards and Gold and Platinum Records from over the years.

Having achieved much Success, and many Awards in the Music Business, I offer up my Experience, my Talents, and my Knowledge to create Distinctive Projects for new Artists. I can help Artists to achieve their dreams and goals. Here are some of the Services I provide:

Major or Independent Artists. All connections and advantages awarded a Successful Veteran Producer are used to further the Artist’s Career. Songwriting, Song choice, Performance, Appearance, and Direction are all included. The belief is that All aspects of the Artists capabilities effect Creativity and future Success of any project. All logistics are handled including, Musicians, Studios, Charts, Mixing, and Mastering. Also all materials and archiving is included. Rate and Point structure is negotiable. Unsigned Artist pitch projects are billed per side and per day for Engineering.

The job of a Recording Engineer is not only to record audio, but to Edit and Mix it in such a way as to make the Audio sound the best it possibly can. During a Session, listen to audio from both a Musical and a Technical perspective, looking for ways to adjust the Equipment, recording Levels and the Performance of the Artist in such a way that the recorded Product sounds as intended. All Engineering is billed at a Day-rate and includes Transportation and Housing (if not local).

This includes Critical listening and review of prior Recordings, Videos, Live Performance, and any other material that the Artist feels represents them best. Recommendations to improve Performance, Song choice, Creativity, Writing, Appearance, and how to best attain their Goals, are given. The service is billed at a flat-rate and includes at least Two 3 hour meetings and Private listening and Critique time.

Much the same process as New Artist Consultation but for others desiring a Career in Music. Includes Critical listening and review of Recordings, Videos, live Performance, and any other material that represents them best. Recommendations to improve Performance, Creativity, Writing, and how to best attain their Goals, are given. The service is billed at a flat-rate and includes at least two 3 hour Meetings and Private listening and Critique time.

Mixing FOH for Concerts, Tours, or special Showcase Events is available. Experience mixing live shows around the World, ranging from world-wide TV Broadcast Productions, to 80,000 seat Festivals. Live mixing rates are billed per day and include all transportation and housing costs.

To help create better Products, critical Listening and Review, or creation of Solution for audio Needs or Problems. Years of studio Experience and a EEE background enable a powerful Perspective for Developing answers for many situations. Compensation is negotiable for each situation.

From my ProSound News columns

Being the professional nerd that I am, I was watching Tech TV the other day (after 12 hours in the studio) and saw a program they produced called “Big Thinkers”. The premise for those of you unaware o...
Read More

Cave dwelling in the cyber-age

I’ve often referred to myself as being a cave dweller, having spent the majority of my life in recording studios without windows to the outdoors. But the occasional glimpse of sunlight during the driv...
Read More

With a title like this you might wonder if I’m going to go off on some rant about a Stephen Hawkins book or some Einstein theory but …not! I was putting together a new PC based DAW to evaluate this we...
Read More
Read All

If you want to reach me or ask a question, just send me a message! Thanks!